Skip to content
04.12.2017/
The Bridge of Activism Project is supported by the Consul General of the Kingdom of the Netherlands in Saint Petersburg and implemented by the EVA…

The first step – Sylvia De Rugama, HIV peer counselor, social worker, and leader of the organization Positive Women of the World (Amsterdam) travelled to Saint Petersburg to speak at An Evening for Me, an event held in June 2017. She spoke about life with HIV in Europe when you are an immigrant from Mexico who has known about her diagnosis since 2001. Sylvia’s story resembles that of many others, however Sylvia is now just over 50 years old and this small but unbelievably strong spirited woman was able to overcome the overwhelming information about her diagnosis and organize a network which unites HIV positive women across the world.

Other speakers included psychologist Olga Korshunova from the SOS Children’s Village and Maria Godlevskaya, a peer counselor in the Healthy Mother, Healthy Child project and a Development Specialist for the EVA Network. While the adults were taking part in the seminar, their children were provided a creative outlet with the art support group Co-Create.

The event was attended by HIV positive women and their close friends and family, volunteers from the EVA Association and the Consul General from the Kingdom of the Netherlands’ Consulate in Saint Petersburg Hans Wesseling and consulate staff.

Here is a clip from An Evening for Me:

The second step – a reciprocal visit for EVA volunteers who organized the visit for Sylvia in Saint Petersburg. On the 22-24 of October a group of activists from Saint Petersburg travelled to Amsterdam as part of the exchange of experience between the two cities.

Olga Eremeeva and Natalia Sukhova visited 5 organizations over the course of two days and even met a representative from the Kingdom of the Netherlands Ministry of Foreign Affairs, Yvonne Euverman, Policy officer at the Health and AIDS Division, where they discussed the possibility of activists from Russia participating  in the International AIDS Conference AIDS2018, which will be held in Amsterdam on the 23-27 of July, 2018.

Here is a brief description of the organizations working with people living with HIV in the Netherlands that the activists were able to visit:

De Regenboog Groep is a network of centers for homeless migrants from countries of the European Union where there is a room for drug use and where people can receive quality social and legal support as well as free food and temporary shelter.

AHF Checkpoint is located on the second floor of a building where one can anonymously be tested for HIV for free and receive information about HIV prevention. On the first floor there is a second hand clothing shop.

Mainline is a methodical and expert center, museum and library on harm reduction that regularly provides informational materials for people who use drugs and alcohol on how to avoid reducing one’s quality of life and take care of one’s health while under the influence.

GGD is a medical, prevention, social, and psychological center for commercial sex workers in Amsterdam.

GNP+ is a global network of people living with HIV that has been uniting activists in the field of combating the HIV epidemic across the world for over 25 years. The group of volunteers from Russia was greeted by the Sasha Volgina who recently was appointed the program director at GNP+. 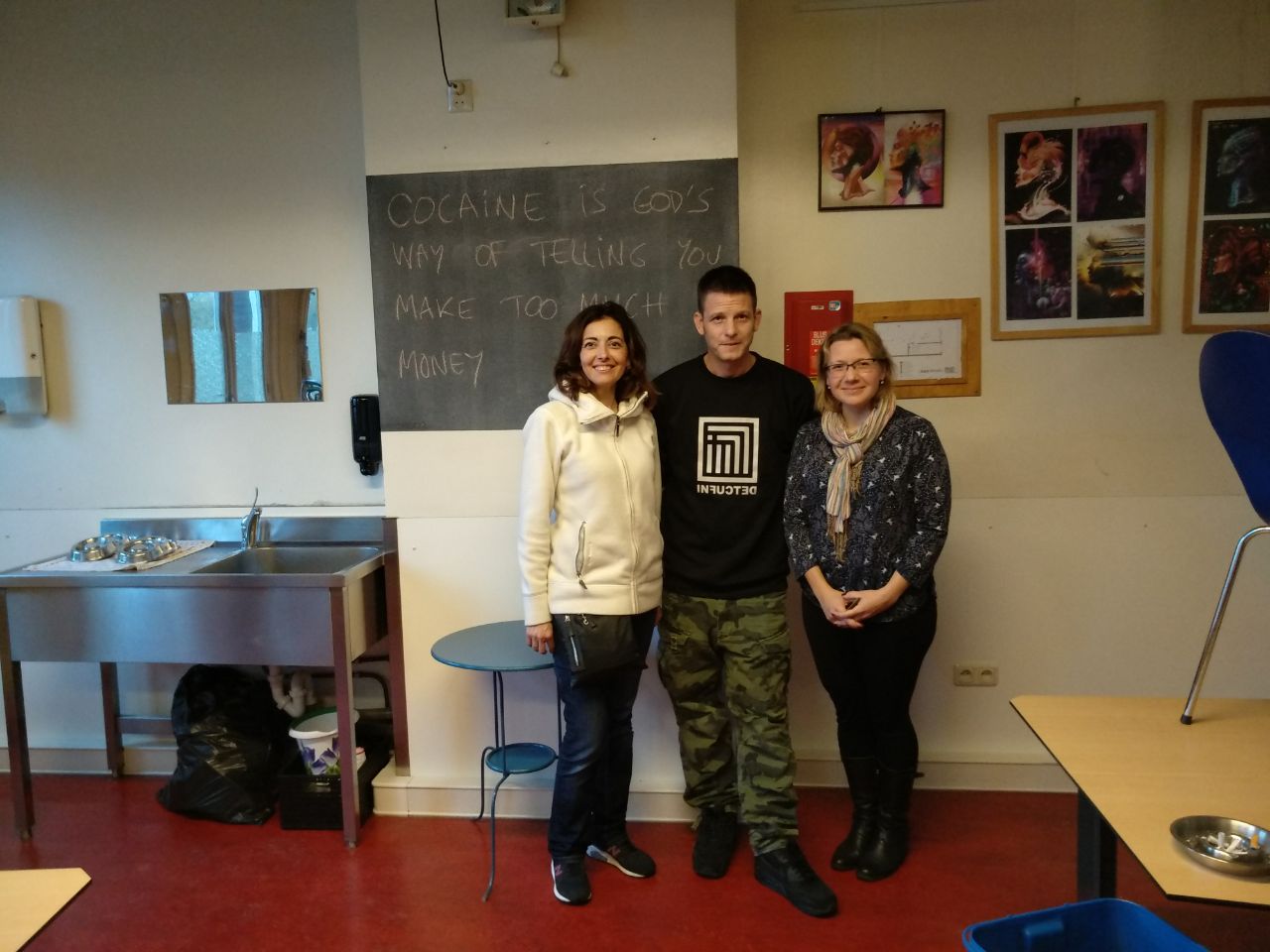 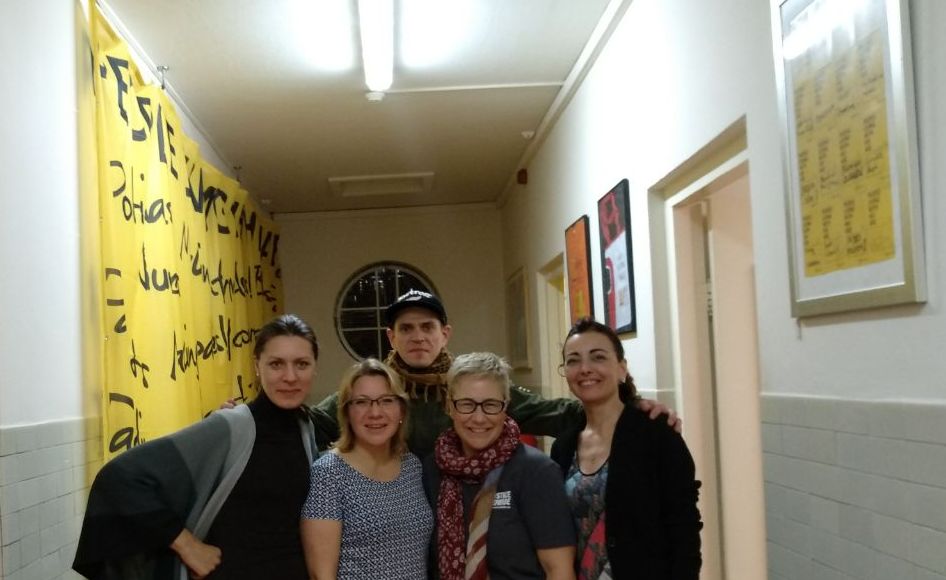 20 years ago, the government of the Netherlands did everything in their power to stop the HIV epidemic in their country. HIV positive people in Holland have access to treatment and social support everywhere. There are no special AIDS Centers in Holland and all patients with HIV can receive ART in GGD, where they may also receive all kinds of medical support and treatment as well as prevention resources. In Holland there is no question about whether or not to hide one’s diagnosis. Dutch people living with HIV are surprised by questions about discrimination by medical professionals or the community. If someone who uses drugs lives with HIV infection and takes their ART, other citizens consider their lifestyle to be acceptable and continue to communicate with them in all aspects of life: family, home, medicine, work. Therefore in the Netherlands we were unable to find a support group and HIV peer counselors, while in Russia it is greatly needed. The majority of support for people who recently learn of their status is provided by social workers and medical personnel in Holland as well as forums for communication and introduction of people living with HIV, considering that 90% of Europeans speak English fluently.

The experience received from the Bridge of Activism project has given a push for future efforts to conduct advocacy and informational work to reduce stigma and discrimination of people affected by HIV infection in Russia.

For 8 years we have been helping HIV-positive women all over Russia to unite and set aside their rights and their dignity as equals among equals.