Skip to content
Subscribe to the E.V.A. newsletter and stay up to dateSubscribe
23.09.2016/Foreign practices
E.V.A. Network representative Aleksey Lakhov participated in a training on viral hepatitis and once again was convinced in the relevance of S.M.A.R.T. principles.   From…

E.V.A. Network representative Aleksey Lakhov participated in a training on viral hepatitis and once again was convinced in the relevance of S.M.A.R.T. principles.

From the 5th through the 7th of September, 2016 in Lisbon, Portugal, the ELPA University conducted a course that addressed the topics of developing effective materials for patients, interacting with mass media, clinical research, and fighting stigma towards people living with liver diseases.

The European Liver Patients Association began its work in June 2004 following a meeting of 13 patients’ groups from 10 European and Mediterranean countries. It was formally ‘launched’ on the 14th of April, 2005 during the annual European Association for the Study of the Liver (EASL) meeting. In 2015 the patients association organized the first educational session on issues of liver health and advocacy in the field of viral hepatitis at ELPA University, which brought together theoretical and practical courses. 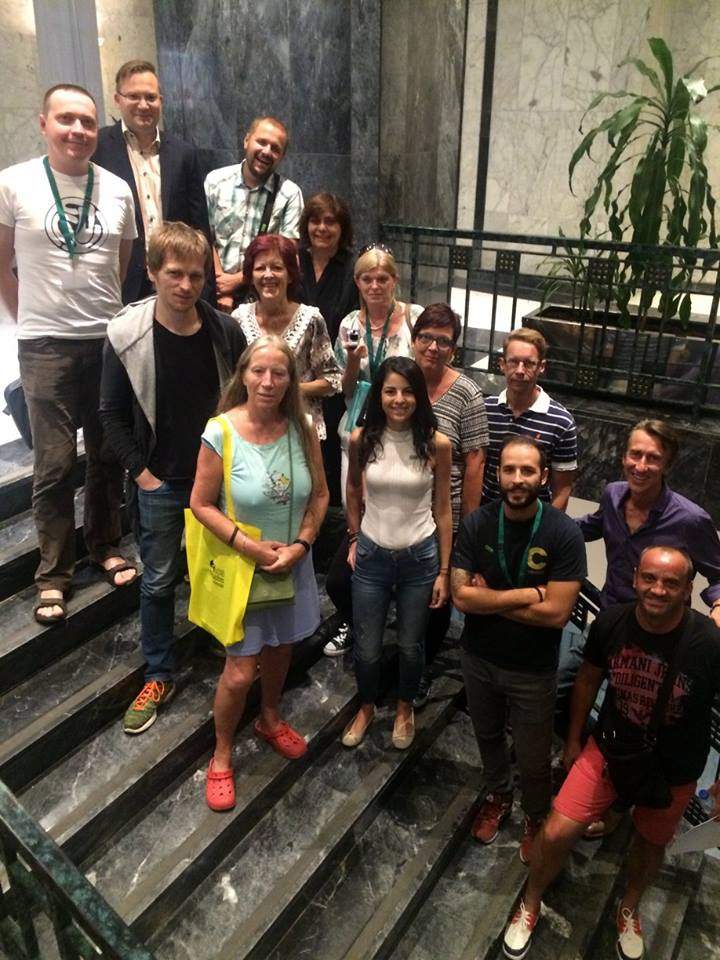 Here is a short summary of a few of the trainers’ presentations. The Development Officer at PBC Foundation, Robert Mitchell-Thain, spoke on what must be done to develop effective materials for patients such as brochures. First and foremost, it is crucial to answer the following questions (at minimum):

— For whom is the material intended? How detailed should the presented information be? How can the material be crafted in an interesting way?

— How will the material be used and disseminated?

— What information will this material contain?

— From where will the information be taken?

— How can the information be presented in a clear and up-to-date manner?

— How can the quality of the material be guaranteed?

— How much time is needed to develop the materials?

The President of Prometheus, the Greek Association of Patients with Liver Diseases, George Kalamitsis shared his experience in building relationships with journalists. One way is to involve representatives from mass media into the program activities. One such example was used in the 2015 Hepatitis: Think Again campaign which photographed Greek journalists for a series of informational posters about hepatitis.

Tara Farrell, a representative of the World Hepatitis Alliance, gave some examples of campaigns geared towards reducing stigma towards people living with liver diseases, such as hepatitis:

— Hep Heroes (Australia). Over 40 people told about their lives with hepatitis C.

— The Chinese organization Inno Community Development Organisation asked metro passengers to shake the hand of a hepatitis carrier. You can watch the outcome in the clip here:

— Anita Roddick, the founder of the cosmetic brand The Body Shop, who has been living with hepatitis C for over 30 years was filmed in a social advertisement for the British Charity Hepatitis C Trust.

Of course, this is far from the full list of topics that were touched upon in the classes. However, all the trainers unanimously called upon the participants to remember the S.M.A.R.T. principles and to employ them at each phase of one’s work, whether it be new project development or daily organizational activities.

And what does this abbreviation stand for, by the way?